You’re probably already familiar with cashmere in the form of luxurious sweaters and scarves. But what is cashmere, really? The coveted fabric is often mentioned in the same breath as luxurious accessories and designer clothing. In fact, the soft and warm material is one of the most valuable natural products in the fashion industry today. The characteristics of cashmere are its incredibly soft finish, which is a direct result of the filigree fibers that form the origin of cashmere wool. However, unlike common wool, cashmere is pleasantly soft against the skin and offers high insulating properties even in thin layers. So it’s no wonder that cashmere is so sought after. 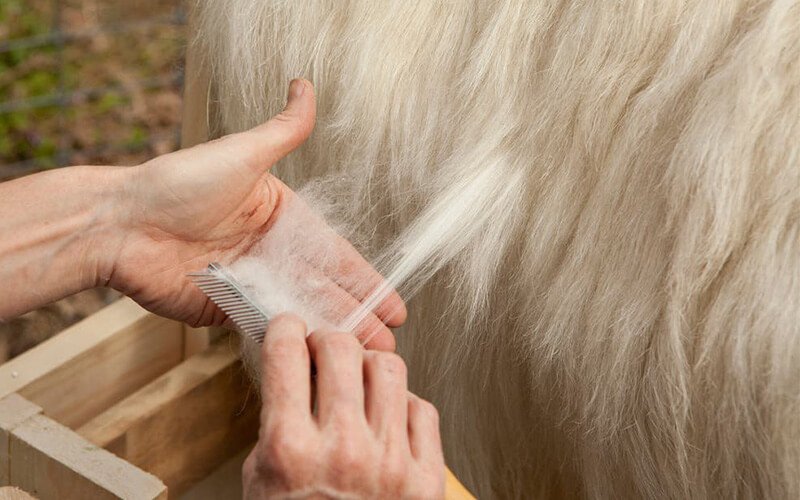 where is cashmere from?

The name cashmere is derived from the region of the same name, where the fiber has been produced since the 13th century. From the 16th to the 19th century, emperors and rulers from Iran and India used shawls made of cashmere wool for religious and political ceremonies.

Cashmere also has a long history in Europe. Commercial production of cashmere fabrics began in France in the late 18th century. The wool was imported from Tibet via Russia to France, where it was spun into fabrics of all kinds, which in turn found favor in all European countries.

What is cashmere made of?

The name refers to the soft and dense undercoat of the cashmere goat. The growth of the coat depends strongly on the weather: the colder the winter, the more undercoat the goat forms to protect itself from the harsh temperatures. At the end of the winter or at the beginning of the spring, the change of coat begins and the animals lose their winter coat. The undercoat can now be combed out and prepared for production. 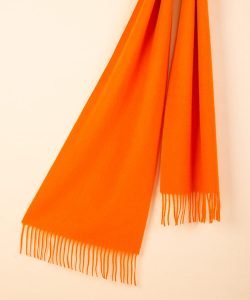 The name is derived from the region of Kashmir in the Himalayan Mountains. Kashmir goats, which are native to this region, occur in about 20 breeding forms in white, gray, brown, or black. The undercoat of the cashmere goat belongs to the finest animal hair at all. The individual hairs must not exceed a diameter of 19 micrometers to be called cashmere. In comparison, a human hair measures 50 to 70 micrometers.

Cashmere wool consists of very soft and fine fibers obtained from the cashmere goat. Products made of cashmere are very popular, especially sweaters, hats, or scarves. Cashmere is in such demand because it has the following good properties:

Cashmere is one of the softest precious wools. The name cashmere was derived from the cashmere goat, which in turn owes its name to its origin. But where is Kashmir located? The former principality of Kashmir is today divided into three parts and is claimed equally by China, India, and Pakistan.

Why is cashmere so expensive?

There is no doubt that cashmere is one of the most expensive materials in the fashion world. But why is cashmere so expensive? The high price of wool has two reasons: The complexity of production and the low occurrence of the raw material.

For example, only 150 to 200 grams of cashmere wool can be obtained from a single cashmere goat, which is not even enough for an entire sweater. For a single garment, it takes the undercoat of 2 to 3 goats. Moreover, the winter coat can be combed out only once a year, as it is formed only in the cold months. So it is no wonder that garments and accessories made of cashmere are available only at a high price.

What is cashmere used for?

With that, the technical side is explained. But you may already be asking yourself another question: what is cashmere actually used for? Cashmere can be used to make almost any lightweight garment. From light summer jackets to scarves.

However, since the fabric is known for its thermal insulation, cashmere is mainly used to make winter clothing. Cashmere is particularly popular for this purpose, as even thin garments have high insulating properties. Soft sofa blankets, cuddly pillows, and other home textiles can also be made from the fluffy material.